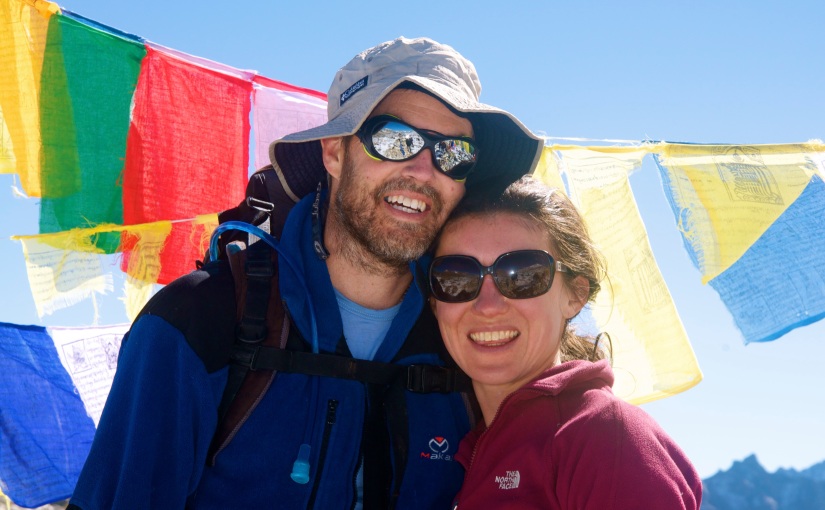 Jonathan and Angie are a couple from Brisbane, Australia who love exploring the outdoors, meeting new people and finding places a little off the beaten track.

Despite growing up in New Zealand, Jonathan’s interest in the outdoors only began to flourish in his early twenties, starting with Tasmania’s overland track, and closely followed by hiking and canyoning adventures in Australia and NZ. Since those early forays he has ventured further afield for adventure – having completed many great hikes around the globe, climbed in the Himalaya, Andes, Alps and Central Asia, paddled the Niger and Volta rivers, cycled across Turkey, and canyoned in La Reunion. When he is not adventuring, he is planning more adventures (and occasionally working as a commercial advisor for energy projects).

Angie started bushwalking as a kid with her parents, growing up on the Sunshine Coast (Queensland, Australia). Her first multi-day hike was in Nepal in 2005 – and she had no idea what she was in for! She loved it and has never looked back. When not out bush, Angie’s an environmental engineer, researcher and lecturer and her passion is to create cities that integrate nature throughout the built environment.